In 1899, John E. Hubbard bequeathed the City of Montpelier 125 acres in order to create a park or, in his words, "preserve wilderness" for future generations. In response to this request, the city established an elected Parks Commission to manage the new lands, plan for the park's future and honor Hubbard's wishes. The Commission hired landscape architect Dana F. Dow to help design the park. Dow helped to map out plantings and roads designed to follow the natural land formations of the new park.


Since then, several other parcels have been added to what is now Hubbard Park, including 50 acres that was given by "Bud" Heney and his family in 1990, and another 9 acres purchased with help from the Vermont Housing and Conservation Board. Today Hubbard Park is over 200 acres and includes approximately 7 miles of hiking and skiing trails, 2 picnic shelters, numerous picnic areas, a soccer and ball field, a small pond, a sledding hill, and a 54-foot stone observation tower.
The photos at right depict Hubbard Park in 1874, 1927 and 1955 (with the most recent photo at the bottom). They show how this area was mostly bare of trees before John Hubbard donated it to the town as a park, in 1899. Earlier photos show horses grazing a grassy hillside, with a few tree-lined fence rows and patches of conifers. (To learn more about John Hubbard's legacy, check out this article by Cynthia Mills.)

In a report submitted in April 1908, Mr. Dow presented his ideas for the park. Among other things, he proposed building an observatory at the top of the hill. The highest point was on the land over the Capitol, which was owned by Jesse S. Viles (former owner of the Pavilion Hotel). At the time, it was located just outside the park. But the idea for the observatory was well received and must have won over Mr. Viles. In 1911 he deeded the Capitol Hill parcel to the park, along with "a strip of land three rods wide" that would provide an approach to the park (or what became Hubbard Park Drive).


Work on the observation tower began in 1915. Built of stone and cement, it was constructed over a period of 16 years and cost nearly $8,000. The stones came from old stone wall fences that used to mark the hillside when Capitol Hill was still used as open pasture. In your walks through the woods today you can still encounter the remains of some of these old stone fences.
On a clear day, several mountain ranges can be seen from the top of the Tower. While much of downtown Montpelier is obstructed by a stand of pine trees planted on the slopes below the Tower in 1920, a clearing was created immediately around the Tower in 1990 in order to preserve the mountain views. 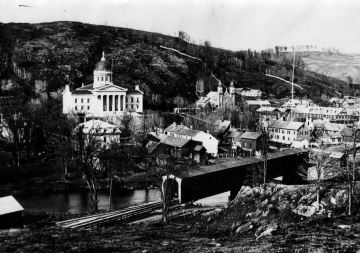 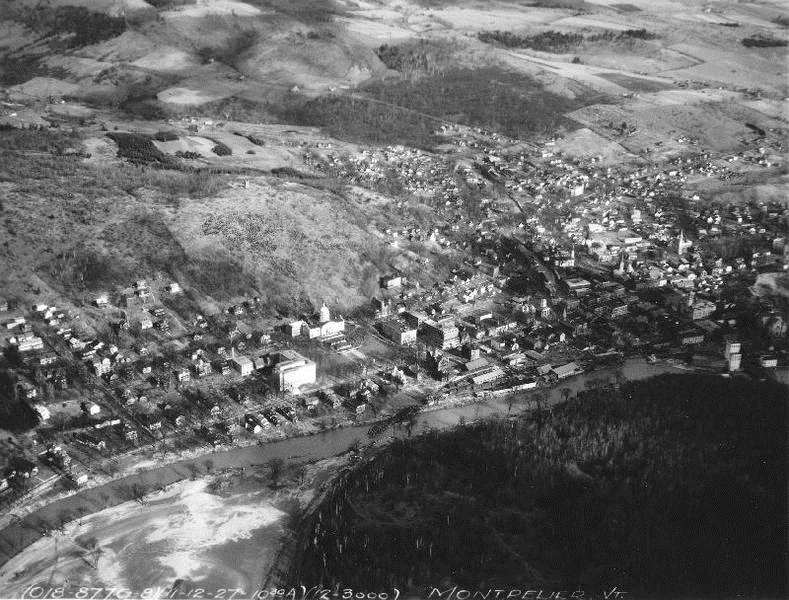 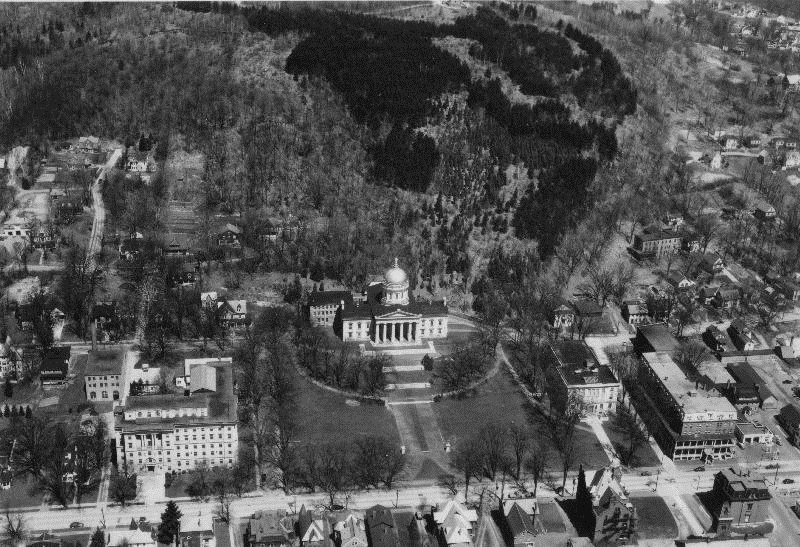 Over the years, the infrastructure of the Hubbard Park has grown. In the 1930s the park road, some trails, picnic areas and fireplaces were improved and constructed by the Civilian Conservation Corps, under the direction of Perry H. Merrill. In the late 1960s a youth group constructed a nature trail under the direction of Norman Hudson, the County Forester, and with the support of Sandal Cate. A grant from the Bureau of Outdoor Recreation bought the Park a new picnic area and shelter, parking areas, Portal Field (a softball diamond and soccer field) and several picnic tables and grills. The fitness trail was constructed in 1985. In 1990, the Tower was refurbished and its 50-year-old iron stairway was replaced in order to maintain its safety and integrity.

The 50 acres kindly donated by William Heney and his family in 1990 includes the large deer yard. It was gifted to the park while the Heneys were developing residential housing on some adjoining land.

Hubbard Park has a diversity of habitats including meadows, softwood and hardwood stands, swamps, thickets and rocky outcroppings. It contains several impressive stands of white pine, red pine and hemlock. The center area of the park is a designated natural area.

A number of majestic red oaks live in the park, some of them near the Tower. This is even more remarkable given that these trees are growing on the northern edge of their range. A number of impressive beech trees can also be found in the park. Multitudes of young beech and white ash also grow in the park. These trees can live happily enough in the forest under-story, but stand ready to grow large if and when the larger trees die.

Not far from the Tower grows a beautiful little white birch grove. On the east side, down hill from the Tower, an old fence line is marked by a row of ancient sugar maples. These trees were probably tapped early in their lives, and now have large sections of rotten wood. Their twisted patches of intact bark bring vital nutrients to and from the branches above.

Hubbard Park is home to the following natural habitats: 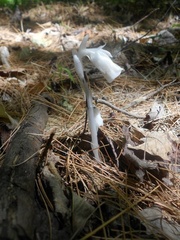 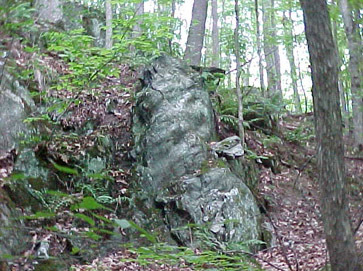