All City Facilities Reopening on July 6, 2021
Masks will still be required for unvaccinated individuals

Tax Increment Financing (TIF) is a tool that municipalities use to finance improvements for public infrastructure like streets, sidewalks and storm water management systems. The improvements serve a specified area known as a TIF District. Barre, St. Albans, Hartford and other Vermont towns have proven that TIF leverages additional private investment that builds and renovates the housing, commercial, and retail space needed to grow jobs and the economy.

After creation of a TIF District by a municipality and approval by the state, voters authorize municipal bonds or other debt to finance construction or improvement of public infrastructure to serve the TIF District. As the infrastructure is built and improved, the private sector follows with investments in new and renovated buildings. This private investment incrementally increases the value of the grand list. The boost in the value of the grand list and the generation of incremental revenue are the result of the TIF financing that paid for the infrastructure improvements that attracted new investment, business and visitors. 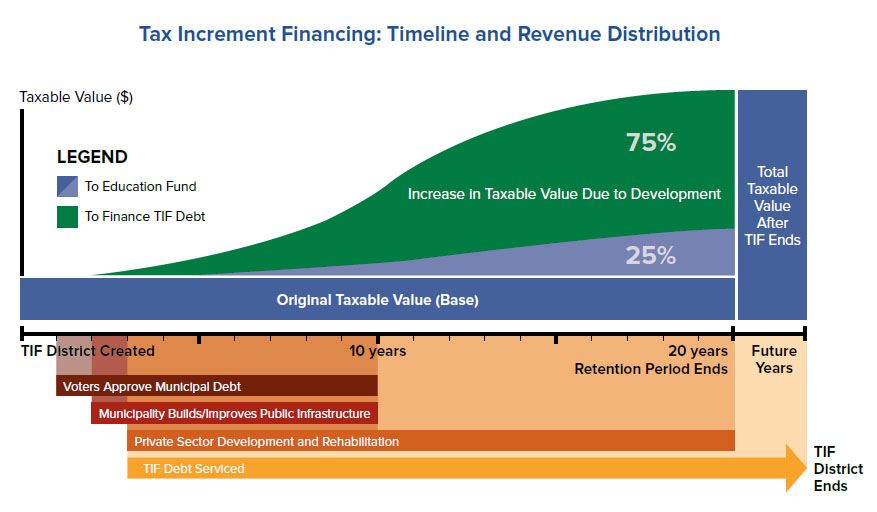